Tiki Gardens Beach Access is a favorite with our beach wedding couples The nature preserve across the street appeals to nature lovers of all ages. It offers a tranquil beach & a landscaped public access area. Parking, showers & restrooms are located across the street. There are many private condo residences in this quiet town, providing a relaxed atmosphere for Indian Shores Beach Weddings. 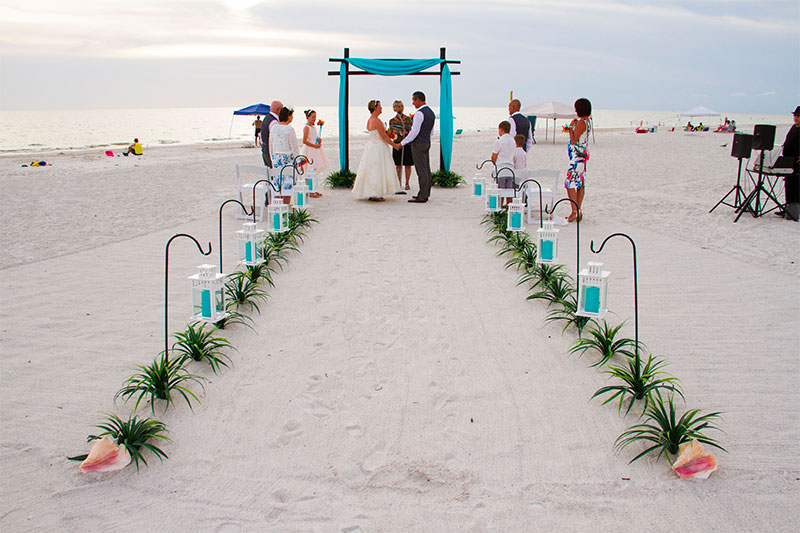 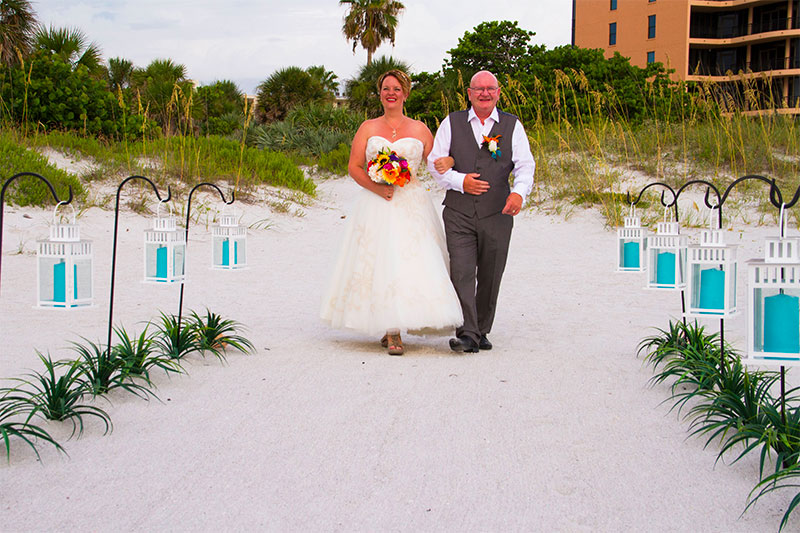 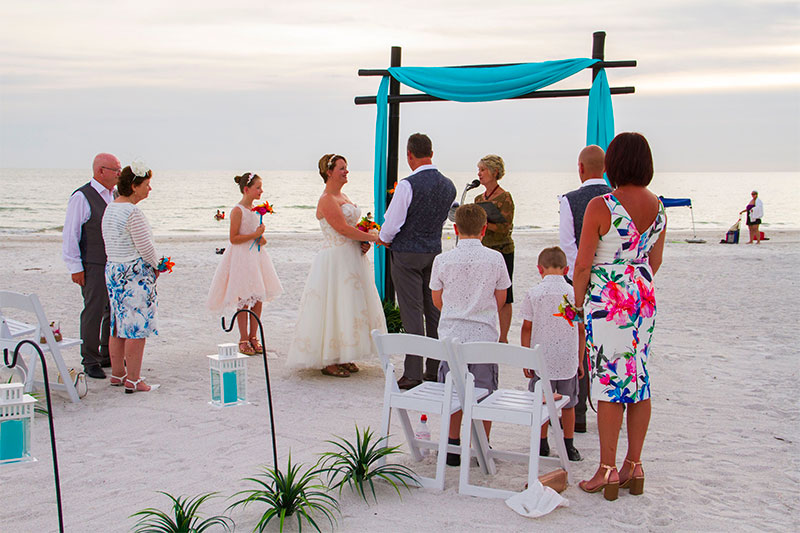 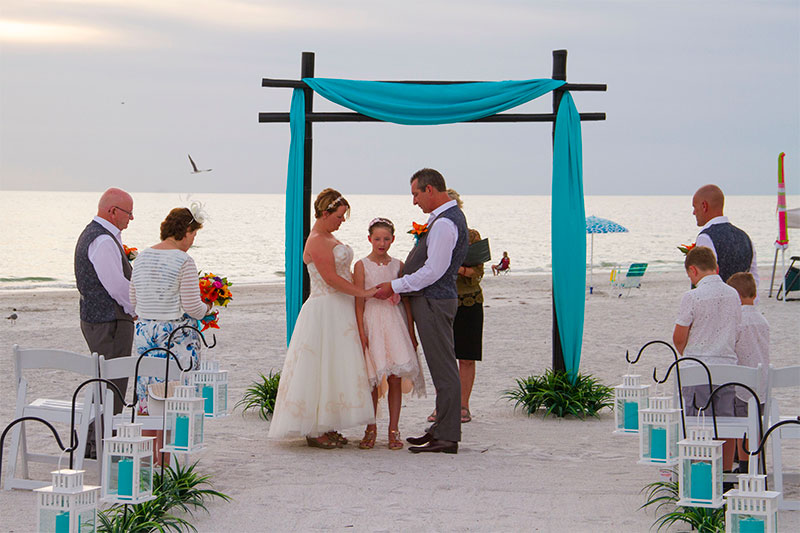 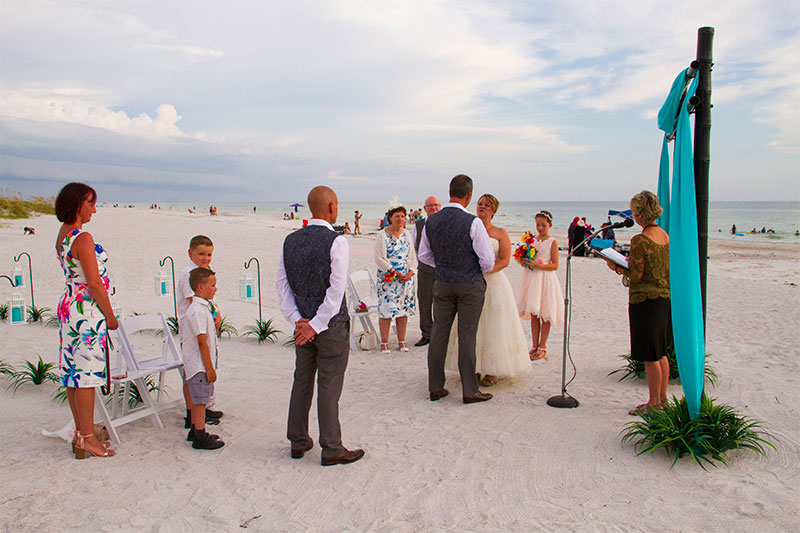 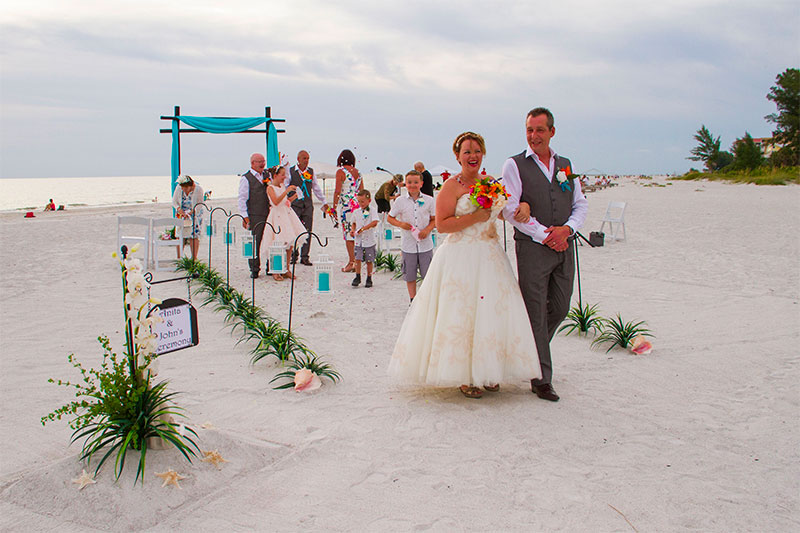 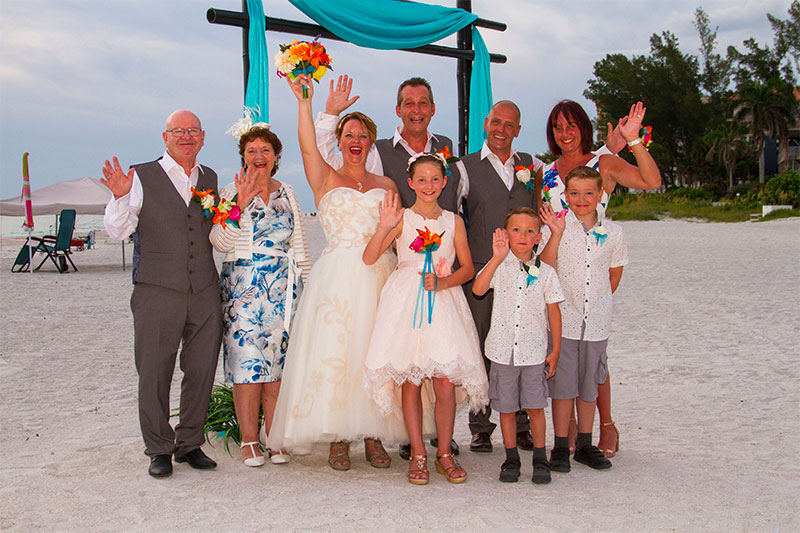 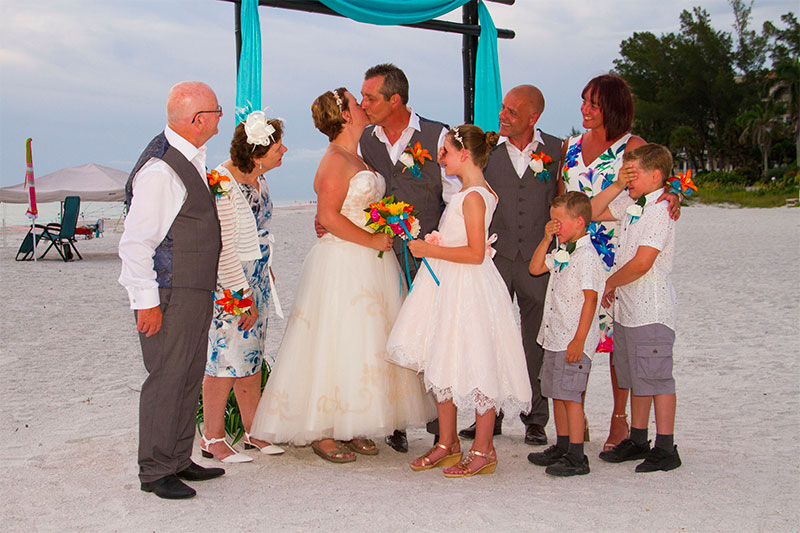 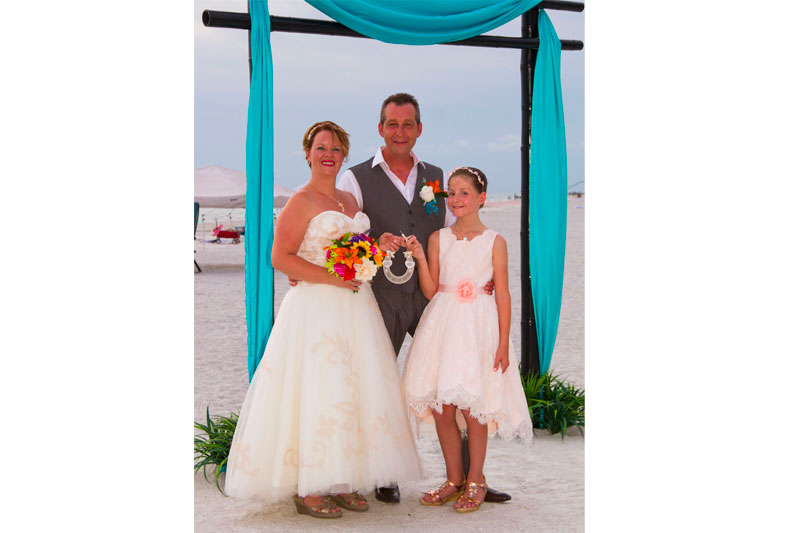 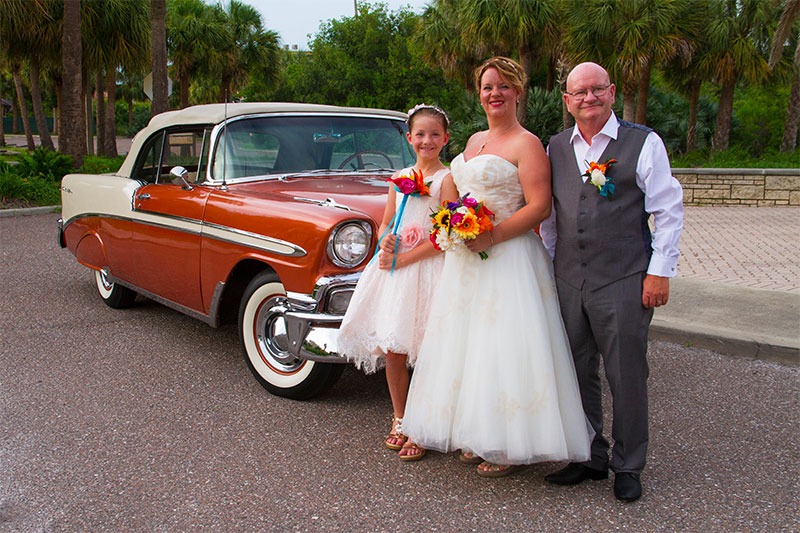 Sunset weddings start one hour prior to the sun hitting the horizon. This provides ample time for the ceremony, followed by the beautiful, colorful sunset photographs.

Upon request:
Our Wedding Concierge will provide you w/a list of local hotels, banquet halls & restaurants near the community of Indian Shores Beach.

For further research:
The City of Indian Shores
The Beaches of Tampa Bay Chamber of Commerce

Check the average temperature of your wedding day here: www.almanac.com

This beach requires a $125 permit fee when booking an equipment wedding. We will guide you through the permitting process. As we have all the proper insurance requirements, we are able to service all 24 miles of our beautiful Florida Gulf Coast. See our favorite Florida beach wedding locations here.

The parking lot across from our favorite Indian Shores beach access was once a tropically landscaped tourist attraction called “Tiki Gardens.” It featured a pond, birds & a souvenir shop.

Indian’s Shore’s motto is “a great place to live.” It is a clean & quaint beach-front community located on a barrier island just west of Seminole, St Petersburg & Tampa, Florida. It is bordered by the beach communities of Indian Rocks Beach to the north and Redington Shores to the south. For those who love shoppers, there are boutiques & other stores. Waterfront restaurants cater to the casual as well as formal diners.

The St Pete Dining Yacht (to the south) and the Clearwater Beach Yacht & Party Boat (to the north) are located 35 – 40 minutes away. Click here for details.

Restaurants for after wedding gatherings near Tiki Gardens Beach Access include The Salt Rock Grill, Mango’s (inside the Doubletree Beach Resort by Hilton) & The Pub Waterfront Restaurant. 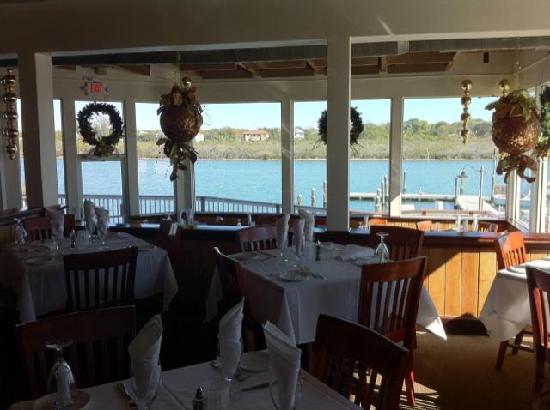 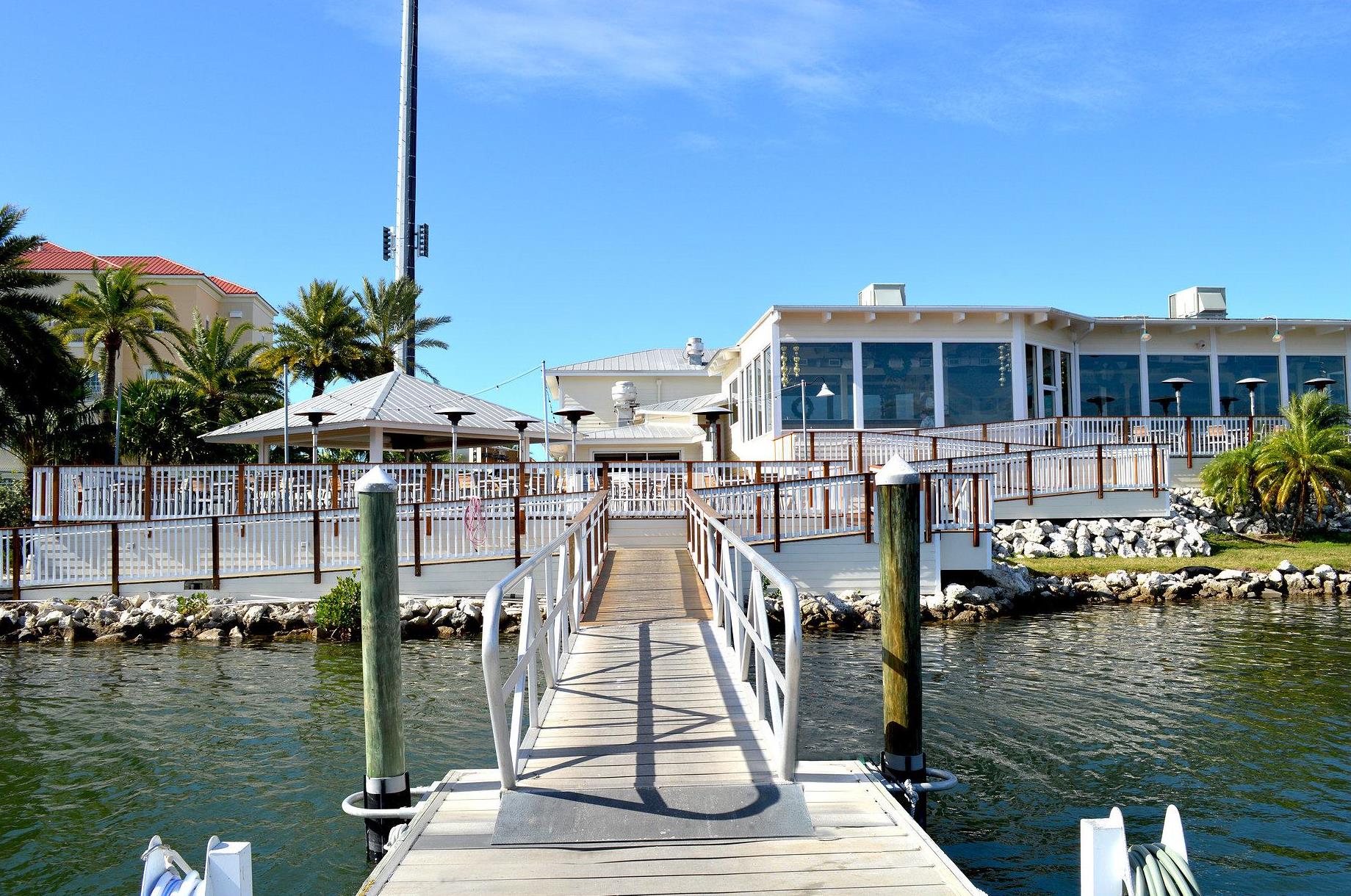 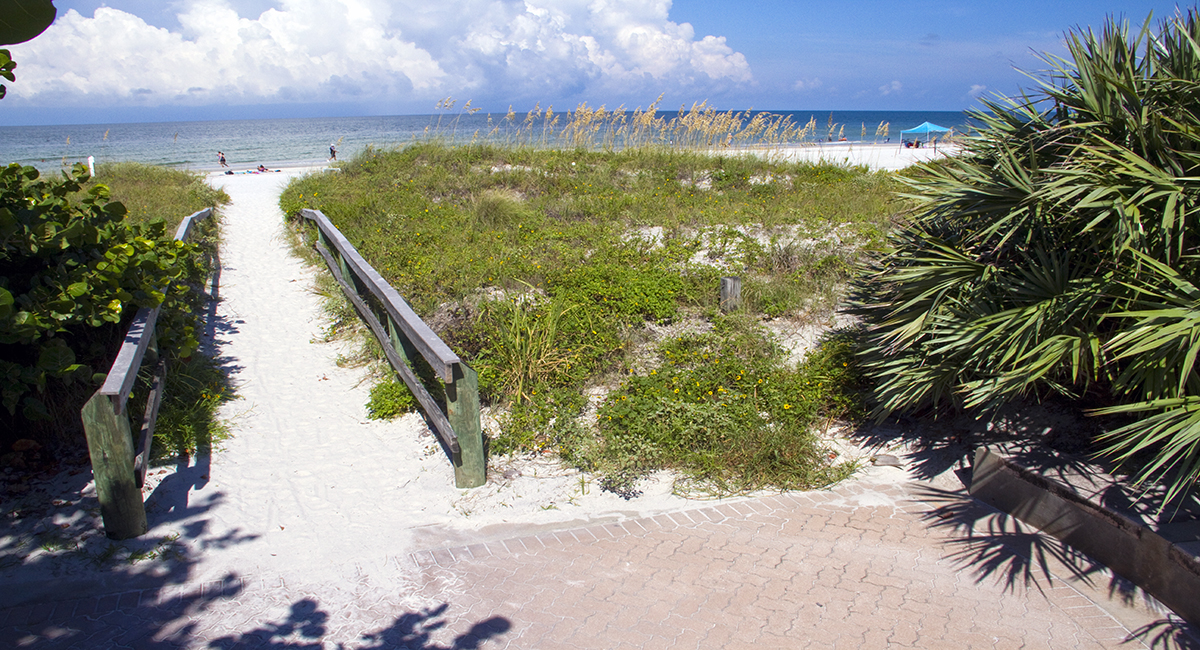 Indian Shores is home to the Suncoast Sea Bird Sanctuary is a non-profit agency dedicated to the care and release of injured birds native to the Gulf Coast.  These birds include grey heron, white egret, skimmers, owls, seagulls & pelicans. This unique beachfront aviary rescue is the largest wild bird hospital and bird sanctuary in the  United States.

Up to 5,000 birds are admitted each year. Some of the Sanctuary’s permanent residents have even starred in Disney films. Over 100,000 visitors tour this central Florida waterside attraction each year to enjoy its educational &, photo opportunities, gift shop and bird watching.

Founded in 1971 by zoologist Ralph Heath, the Sancuary is staffed by experienced professionals and dedicated volunteers. Similar to a human hospital, it is equipped with emergency facilities, a surgical center, and indoor and outdoor rehabilitation areas.

One of the Sanctuary’s biggest success story is in the captive breeding & releasing of the eastern brown pelican. The innovative breeding program and groundbreaking rehabilitation techniques have been featured in  The New York Times, The Smithsonian, 20/20 , The Today Show and On The Road With Charles Kuralt. Over the years the Sanctuary has been firmly established itself as a Central Florida attraction. 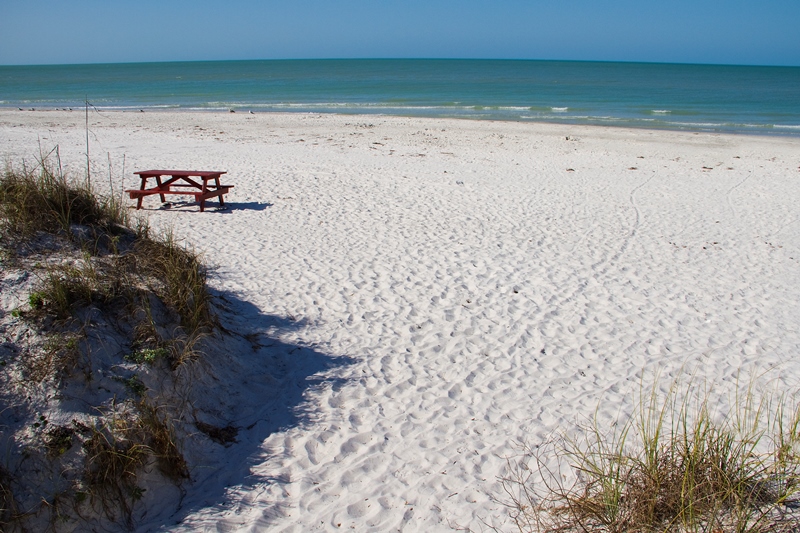 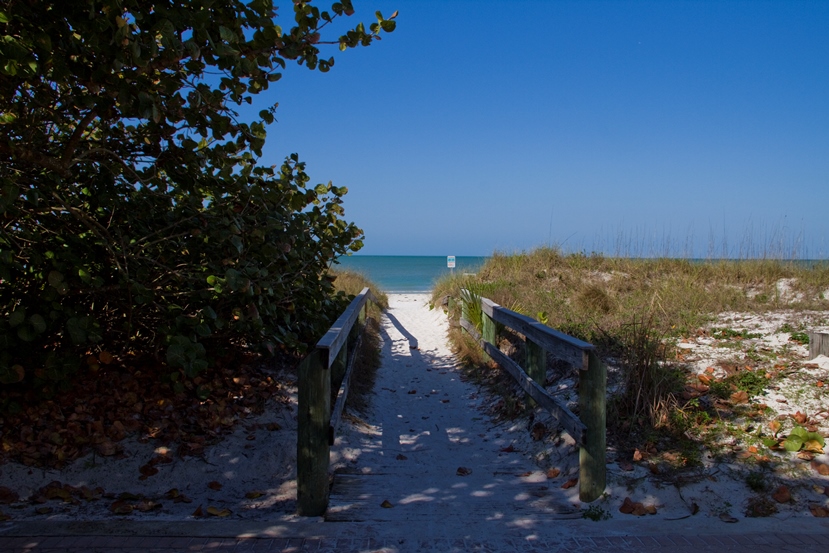 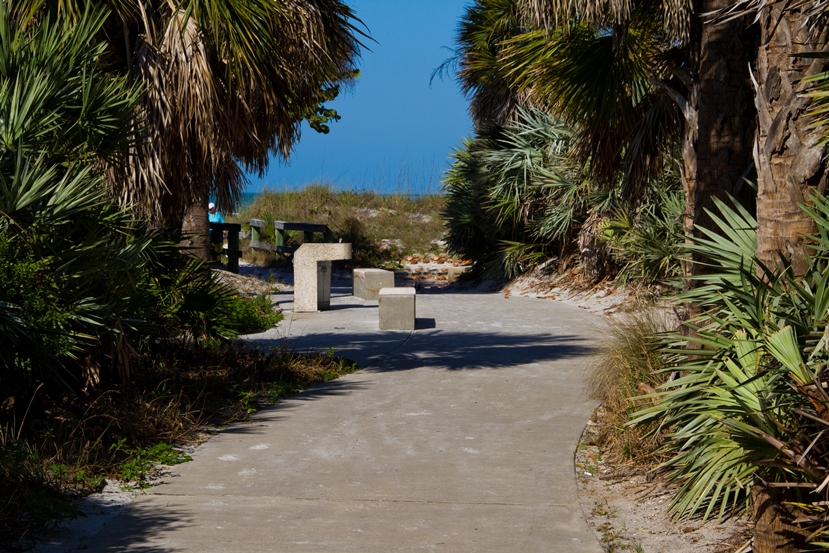 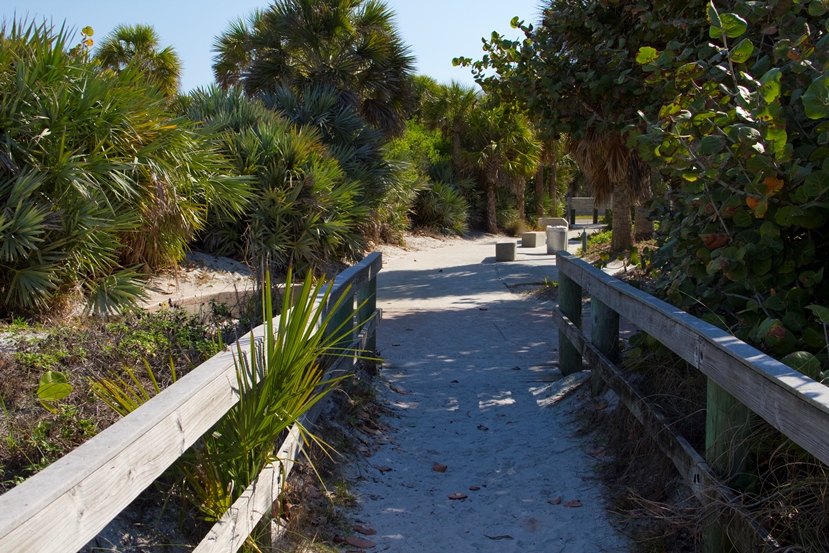 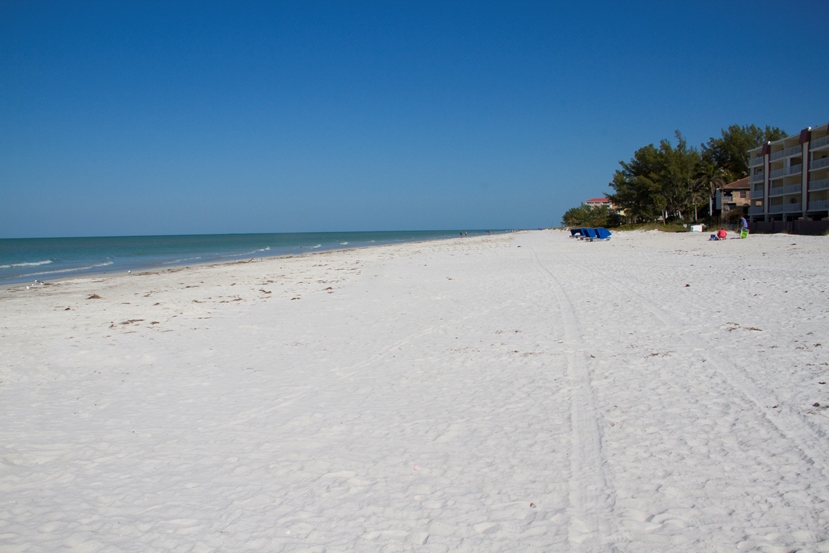 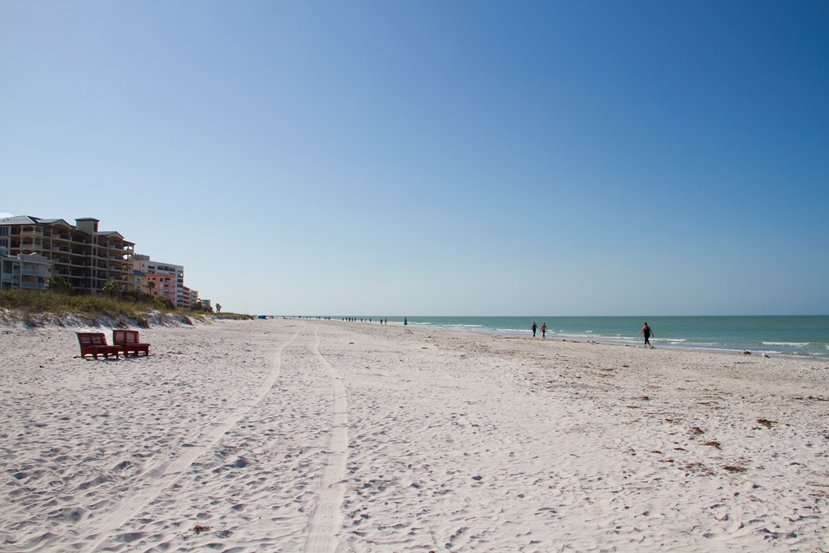 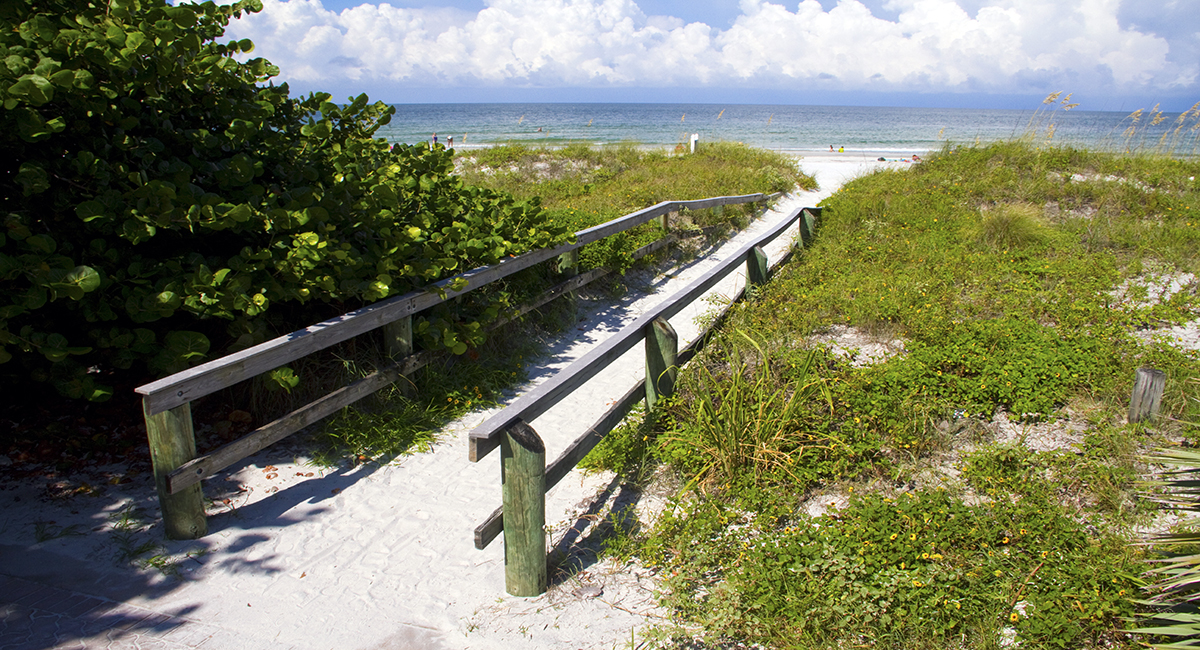 Not sure where to start?

Contact Us today to learn more & save your wedding date!

Dates are available on a first come first served basis.

A wedding even I could plan!

Everything was made so easy it is clear that planning from another state has been streamlined by Gayle & Joe. Talking directly by phone is an option, but I was able to handle everything via e-mail without any issues. I would recommend this option if you are looking for a beach wedding. We were so nervous when we arrived, but the team was so friendly that we felt comfortable immediately after interacting with them. It was a very positive experience!

Even though my husband and I were married in the midst of a tropical storm, the Weddings On a Whim staff were prepared, professional, and kind. The ceremony was beautiful. They were everything I needed on such an important day. It was the best day of my life! I highly recommend them to anyone!

The day of the wedding went perfect, from the setup, music and the ceremony.

“Gayle and the team were fantastic. We planned the wedding from Maine and Gayle couldn’t have made it any easier. From the beginning, she was friendly, positive and responsive. Even the week before the wedding, we needed to ask Gayle to be a backup officiant if we needed it, she was so flexible and accommodating. The day of the wedding went perfect, from the setup, music and the ceremony.
THANK YOU, Gayle and Team, for everything.”

We are from MN and had no idea what to expect getting married in clearwater since we both have never been there. WOW made it so easy to plan and when I was second guessing things they assured me everything would work out. They are very professional and they were a pleasure to work with.

We did our ceremony at Sand Key Beach Park near Clearwater Beach. Everything went as planned for our ceremony. We got to pick what was said in the ceremony. It was really nice to get to include a message for my late father, and also one for our unborn baby. We were sent an itinerary of the ceremony as well as reminders of what to bring which was really helpful. Gayle did a great job with the ceremony, Jerry took amazing pictures for us and everyone else on their team did a great job with set up and organizing everything. Thank you all! I highly recommend them!

Awesome, Responsive and Helpful at Every Turn

Joe steered us to a quiet intimate place on Treasure Island. It was a good value. I’m sure we would have preferred less wind that day, but it was blissfully cooler than our summer heat. Our northern family was happy with the temps. All in all we have beautiful memories and couldn’t have been happier!!!

Our wedding ceremony was perfect! We couldn’t have asked for anything more. Weddings On a Whim worked with us from our initial contact till the very end. They were very professional and catered to our needs. No number of questions were too many.

We absolutely loved everything they did for us. They even went so far as to helping us with emergency pocket squares. They truly went above and beyond.

We highly recommend them!

They have been excellent in helping me get pricing and the best route to have a private wedding on a boat!! Definitely a bargain of a deal as well! Planning a destination wedding from out of the state is challenging and so far they have made decisions easier!